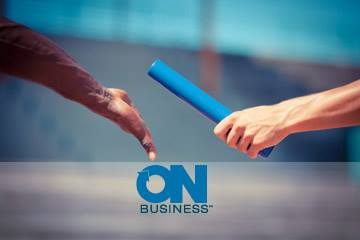 Don’t forget your own succession plan

Accountants are becoming very familiar with succession planning, and many have established themselves as specialists in this fast-growing area. But it’s important that they aren’t so busy doing succession plans for their clients that they forget to prepare one for their own firm.

Statistics indicate that one in three partners of firms with less than $5 million in annual revenue will turn management of their business over to new hands within the next five years.

For many accountants the value of their practice is their most valuable asset. It’s also the most likely source of the funds that will support their retirement. However, more than three-quarters of accountants replying to a 2004 PCPS poll said they didn’t have a written succession plan in place. Providing for retirement benefits would still pose a challenge for 46% of the firms.

Another survey conducted by the Member Service Group of the Canadian Institute of Chartered Accountants (CICA) found that nearly half of practitioners said they will retire from their businesses within the next ten years — and yet 62% of the respondents either do not have a succession plan or are not sure if they have one. Of those who do have a succession plan, only 22% have one in written form.

“If you’re a sole practitioner, don’t wait to get a plan in place,” says Donald Scholl, a West Chester, Pennsylvania, management consultant to the profession. “While it is rare, some CPAs have needed a plan to manage a practice transition while they were relatively young.”

Who will replace you as the head of the firm?

This is an important question because this person must be able to keep the business running well so that your payouts can be made on schedule. Ideally this person will be someone from within the firm whom you can mentor and nurture in preparation for their replacing you.

Not every accountant has the entrepreneurial drive or management ability to run a practice. The role also requires leadership skills and the ability to deal with clients – a much bigger list of requirements than simply being a competent accounting practitioner.

Writing in the Ohio CPA Journal, Bob Bates, a partner with Crowe Chizek in Indianapolis, Indiana had this to say about leadership transition: “Leadership transition may receive the least attention of the three components of succession, but I view it to be the most critical component.

“Without leadership for the organization into the future, all the best estate and ownership transition plans may be of little use.”

In November, 1993 Seattle-based accounting firm Moss Adams LLP named Rick Anderson to succeed Robert Bunting as CEO in June 2004, but the process of planning the succession had begun many years before.

Anderson joined Moss Adams in 1973 and rose through the ranks to become the firm’s president and chief operating officer. When he took over as CEO of the tenth largest accounting firm in the U.S. he had already had twenty years of experience with the firm and had been carefully groomed for the top job.

There’s a rule of thumb that says it takes at least five years to prepare a successor to take over the role of heading up a firm. The right person has to first be found, then groomed for the job, and the sooner the hunt begins, the better it will be for your own personal welfare.

Succession isn’t something that can be planned quickly Regardless of the size of your practice, planning should be commenced years ahead of the intended date to be sure you receive the highest possible benefits when you leave the firm.

Quoted in the Journal of Accountancy (March 2002), Jody Davis, CPA who is an authority on small-business succession planning issues, says: “Most small-business owners don’t have an exit strategy. They just don’t want to deal with it until it’s too late–and that’s just as true for small CPA firms.

“Principals should start succession planning sooner rather than later – that is, a minimum of 10 years before a senior partner’s proposed retirement to allow enough time to look at all the transition and funding possibilities.”

Article courtesy of RAN ONE: http://www.ranone.com/features/news.asp?ID=4218

Being A Team Player